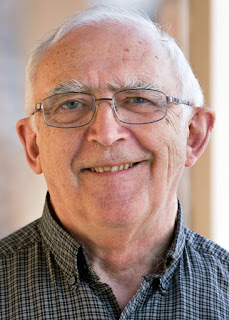 Less than a month after his retirement in 1992 he was called to serve as a Regional Director with CSB.

In 1997 he became President of CSB Canada, a position he held until 2008. During that time he also completed a Certificate in Christian Ministry from Prairie Graduate School. Since then he has been our Office Manager, and a Regional Director. He has been involved in our camping ministry for more than 40 years.

He has also been our three time representative helping to establish a ministry like ours in Zambia.

Harold and Carol have been married for over 51 years and have four adult sons, all of whom grew up in Brigade, two of them becoming Heralds of Christ.  They have three godly daughters-in-law and eight grandchildren scattered across North America.

You can contact him at hbrowne@christianservicebrigade.ca
Posted by CSB Canada at 11:29