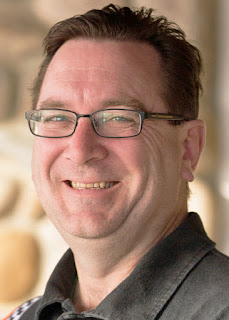 CSB Canada is pleased to announce that Steve Grove has accepted the role of President. He will step into his position February 1, 2016.

Steve’s 45-year history with Christian Service Brigade means he brings multi-faceted experience, a great appreciation for the history of the ministry, and a strong vision for the future of the organization’s growth.

Steve grew up in Bramalea, Ontario attending (Unit 2977) Stockade and Battalion and spending his summers at camp Kakeka where he served two years as Program Director. Steve earned the Herald of Christ at age 18.

Over the years, Steve continued to volunteer in local units in Ontario, and became a Regional Director in Alberta in 2003. A few years later, Steve and his family moved to Saskatoon, Saskatchewan where he is the Senior Pastor of Louise Street Community Church. At that time Steve became Regional Director of Northern Saskatchewan.

In 2010 Steve took on the additional role of Team leader for the reVISION and INNOV8 curriculum updating projects. Steve’s deep and lasting relationship with CSB Canada fed his passion for leadership and education. Steve has earned his Bachelor of Theology, and Master of Theological Studies degrees, and is currently a Doctor of Ministry candidate.

Steve is married to Bonnie (who works in the non-profit sector, and is a published author) and they have 2 children at home.

Steve says “I have a passion for discipleship, to see boys and young men being guided towards spiritual maturity by the godly men of the church. Christian Service Brigade continues to be a vital ministry of the local church in these days when statistics show again and again that our young men are losing interest in and eventually leaving the church.

This generation of men in the church is responsible for our boys. If not us, then who? Brigade answers the question, ‘Where will tomorrow’s generation of godly men come from?’

You can contact him at sgrove@christianservicebrigade.ca
Posted by CSB Canada at 11:24